How enterprise ventures are now transforming the world of IT

As detailed in an earlier DCSL post, Don’t get left behind – join cloud computing, small start-ups and enterprise ventures have played an important role in the development of revolutionary software, which has been adopted and adapted by massive corporations such as Google, IBM and Microsoft. As we’ve seen with Uber cabs in recent months, it’s not just the industry giants who are carving a path to future technology; brilliant sparks of inspiration are lighting up all around. 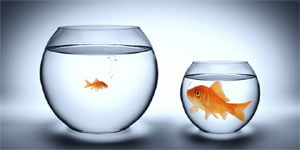 Small fish in a big pond can get bigger

Small start-ups with big ideas are proving that it’s mind before muscle when it comes to innovation in the realms of cloud computing, mobile and social media, and big data. Online security firm CloudLock, apps developers CloudMunch, and apps providers ElasticBox are only three of the many companies who have received millions of pounds in funding for their small businesses, and some are now ready to go public. The all-out war between EMC and IBM to attain SoftLayer continues to rage on, with each mega-corporation wanting its web-hosting and private cloud for their own.

[Tweet “Small #start-ups with big #ideas are proving that it’s mind before muscle.”]

Some opinions matter more than others

While everyone is entitled to an opinion, it seems that some opinions in the IT sector are truly worth listening to. Aneel Bhusri, investor and co-founder of the enterprise company WorkDay, has a talent spotting promising start-ups, which have included Outlook Soft (now owned by SAP), PolyServe (bought by Hewlett-Packard for £130 million) and PolyServe and Data Domain (both initial public offerings).

Vinod Khosla is an old hand at building and backing tech companies. In 40 years he’s founded Sun Microsystems (creator of Java and Network File System), risen to the role of venture capitalist at Kleiner Perkins Caulfield & Byers before starting his own company, of Khosla Ventures. Over the years he has championed Contrail (bought Juniper) and Xsigo Systems (now part of Oracle) and added Big Switch Networks and Nirvanix to his portfolio.

A large number of venture investors of recent years have emerged from the original success of social media outlets Facebook and Twitter. Jim Goetz, venture capitalist of Sequoia Capital and the single investor in WhatsApp, enriched his portfolio by almost £2 billion when the cross-platform mobile messaging app was sold to Facebook. But then Goetz is no stranger to such success, and has been vocal about the need for start-ups to get involved in the enterprise market, where twice as many billion-pound companies emerge as in the consumer area.

5 start-ups to watch in the next few years

In this flurry of IT activity, where should businesses, venture capitalists and industry analysts be looking for investment and direction? Here are a few hints:

Where we go from here, as far as IT is concerned, has a lot to do with the brainstorming of small companies thinking about the bigger questions. Where they lack in corporate image and funding they often make up for in headlines, mergers and investment. Sooner or later the best and the brightest of their ideas will be making its way to businesses everywhere. The trick is to see it coming and jump onboard.

Find out more about DCL’s software development for startups and ventures or contact us to discuss how we can help you.

Put simply, emerging technologies are innovations that have the potential to change the status quo. They are radically novel, fast-growing, exhibit persistent coherence…

Technology 101: What is Hosted Software?

For any business, costs need to be constantly monitored in order to identify where savings can be made. This goes for hardware as…

All for one and one for all? Imagine a large gathering, perhaps a wedding party. Some of the guests are related but hold…