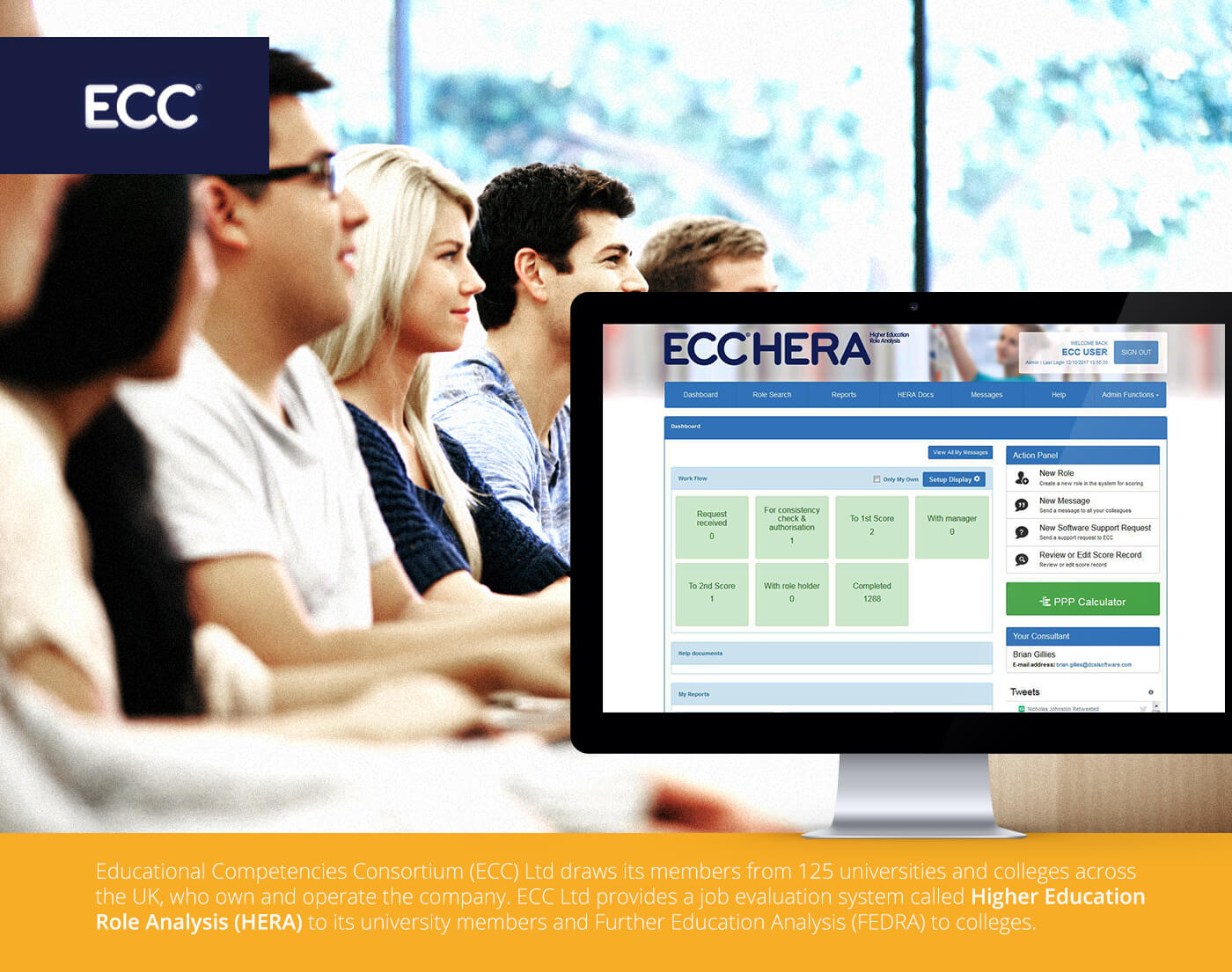 Educational Competencies Consortium (ECC) Ltd draws its members from 125 universities and colleges across the UK, who own and operate the company. It works with 75 per cent of the UK’s universities, in all major sector mission groups and is partners with a number of chartered institutions, education councils and associations, trade unions and recruitment agencies.

ECC Ltd provides a job evaluation system called Higher Education Role Analysis (HERA) to its university members and Further Education Analysis (FEDRA) to colleges, as well as consultancy services related to employment. The off-the-shelf software in HERA was provided by another company and shared by millions of other users. Because of this, ECC Ltd had no say in how the system looked or operated and was unable to tailor its performance or change the reports it produced.

ECC Ltd wanted customised software to support its job evaluation scheme but it was crucial that the new design, ownership and control would rest with them.

I couldn't speak highly enough about DCSL Software. They made an effort to understand what it was we were trying to achieve and what we needed the outcomes to be. They always come back with solutions – so far, there has not been anything that they haven't been able to deliver.

To redevelop its technology, ECC Ltd decided to start again from step one. After researching 20 companies (including their existing supplier) and thoroughly checking references and reviewing cost estimates, ECC Ltd asked DCSL Software and another company to provide a presentation based on their interpretation of the project brief. DCSL Software was selected to take on the project. 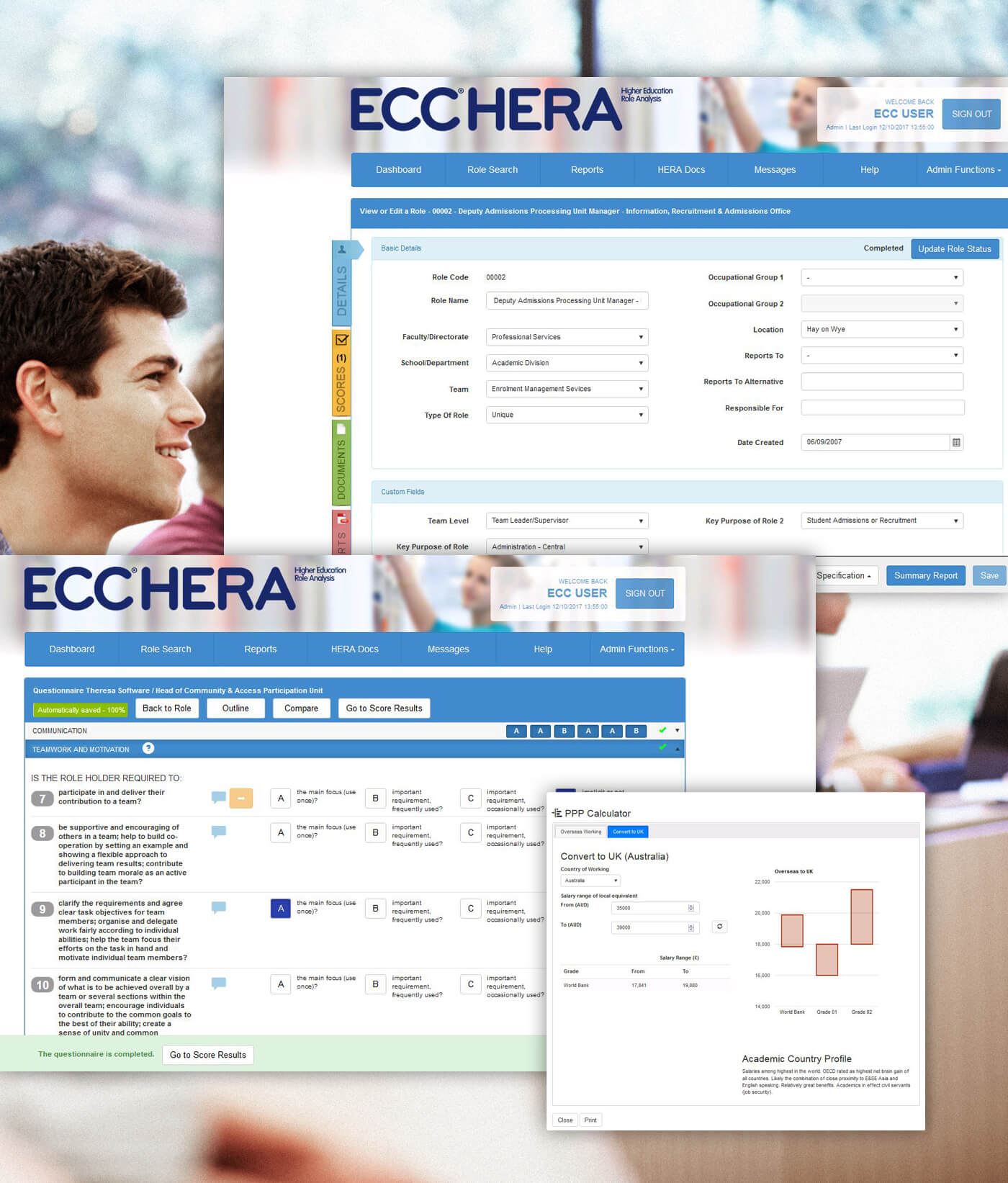 The company’s original ideas were modified and boosted by DCSL whose expertise paved the way for additional enhancements. ‘Quite often, they came up with better ways of doing things than we had originally planned,’ Stedman admits. ‘They were very good at feeding in other ideas, and that was what we were looking for, because we didn’t know what the technology could do.’

Using DCSL’s functional prototype, ECC Ltd reviewed the proposed new system and requested specifications. The software was built bit by bit, with testing and feedback informing its development every step of the way. The hands-on approach proved the perfect route to meeting ECC Ltd’s goals.

The solution has been developed using the latest Microsoft technologies (ASP.NET MVC5, SQL Server 2012) and design patterns to optimise the user interface for mobile devices.

Because of the complexity of the project, establishing clear communication and discussing processes and timescales was key to establishing an effective workflow. ‘They made an effort to understand what it was we were trying to achieve and what we needed the outcomes to be. We put in a lot of hours, but they put in just as many hours,’ says Stedman.

Migration of members’ data from the old system to the new was successfully completed in June 2015, a major milestone of the project and one of the final stages of the overall process. After this labour-intensive task, software enhancements and coding refinements constituted the remainder of the work and brought the system even closer to ECC Ltd’s original vision. 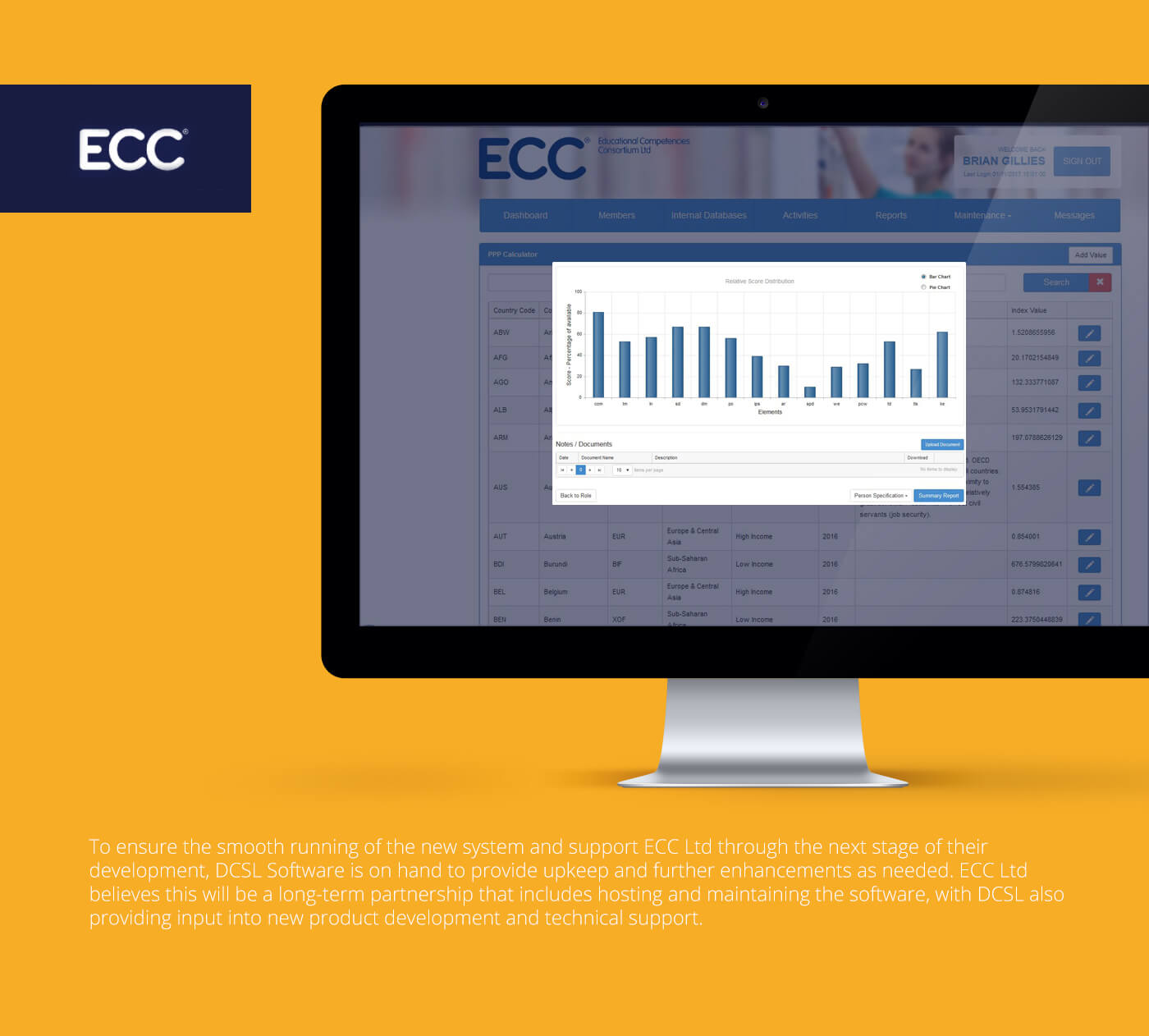 To ensure the smooth running of the new system and support ECC Ltd through the next stage of their development, DCSL Software is on hand to provide upkeep and further enhancements as needed. ECC Ltd believes this will be a long-term partnership that includes hosting and maintaining the software, with DCSL also providing input into new product development and technical support.

End-user feedback is 99.9 percent positive. People just love the new system, and even if they can't work on it the exact way they used to, we've been able to show them different ways of doing things. Once they have seen it's just a tweak to their process, not one of our 125 members has come back and said, "I don't like this". Everyone thinks it's great.

Special Projects is an award-winning product design and innovation studio based in Spitalfields in London. It helps global organisations and startups accelerate innovation…