Beyond belief: The next 10 years of iOS 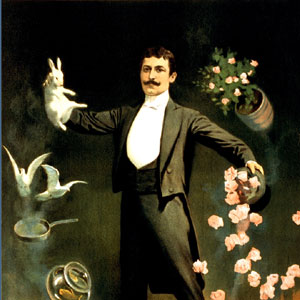 The iOS Apple mobile operating system has been creating a stir since its early days, and as smart devices are now a ubiquitous part of everyday life, there seems no stopping Apple iOS and Google Android’s rise to the top. Developers continue to improve content accessibility, layout and interface flexibility, and ease of transitions between releases. We’ve come a long way in a very short time, but what’s in store for the next 10 years?

The history of iOS up to now

First seen in 2007 on the iPhone, iOS now features on the iPhone, iPod, iPad tablet, iTunes and now Apple TV, which streams media from the Internet to TV without the need for an additional screen. Devices are upgraded (typically once a year) and an accompanying iOS system is released, while the hardware gets smaller and the battery life and storage capacity increases. It’s like watching a magic trick – the impossible becomes possible in the final revelation.

It’s worth noting that in 8 short years Apple has sold more than 800 million iOS devices, with 130 million new users emerging in 2013–2014, hot on the heels of Android’s 900 million devices. Usage of smart devices has exploded in only a handful of years, hinting of future developments for the eagerly awaiting masses that number in the billions.

[Tweet “In the next 10 years #iOS will link billions of people at the touch of a button.”]

In 10 years we’ve gone from phones that did little besides take and receive calls to being able to step into our office digitally practically anywhere in the world. The amazing thing is that in another 10 years iOS will leave the current IT marvels in the dust. Or to continue the analogy, a decade from now we’ll look at smart phones as pulling rabbits out of hats.

[Tweet “In another 10 years #iOS will leave the current IT marvels in the dust.”]

The marriage of opposites

Never say never when it comes to rivals Apple and Microsoft and Google. We’ll be seeing more unlikely partnerships prosper in the coming years. Microsoft Office for iOS now lets you save to Apple’s iCloud. Expanding from services to its own cloud, Microsoft has adapted its Office app to include third-party file storage. Watch this space for further accessibility between the two tech giants; rumour has it Windows 10 apps and Android will continue building bridges with Apple. Salesforce and Citrix have already linked themselves with Office, and Dropbox has formed a partnership with Microsoft to allow the editing and saving of Office files to the cloud.

Disparate business operations within and between businesses will also come together through iOS. As network file control gives way to Bluetooth and Wi-Fi, making connections and device management more reliable and mobile, we are truly leaving the physical parameters of business behind. Fragmentation and location-based sharing will also become a thing of the past, and payments will be made anywhere on devices that communicate seamlessly. Companies will benefit from smoother financial transactions and their records will be updated immediately. Financial figures, shareholder reports and tax returns, stock levels and manufacturing solutions will become a continuous, integrated part of digital documentation.

[Tweet “Never say never when it comes to rivals #Apple and #Microsoft and #Google.”]

Touching a future made of glass

It’s fair to assume in the future iOS will be incorporated into all sorts of screens thanks to projection systems and nanomaterials in glowing glass. We’ve seen this in digital dashboard display, but Boeing has now taken campaign planning out of the sand table and onto military iOS touch screens. SuperImaging is fine-tuning their Transplay system, a smart windshield that visually alerts drivers to road edges and obstacles and guides drivers along unfamiliar routes. Instead of a GPS map and vocal directions, an arrow lights up on the windscreen to indicate a turn or to correct steering.

The military are likely to want Transplay in their tanks, trucks and other vehicles to navigate in poor visibility conditions. For obvious reasons this also has the potential to change product delivery and logistics for businesses. As for physical advertising, you can consider the neon light obsolete and Tracy Emin in need of a new medium. Marketing departments will set their sights on glass skyscrapers rather than billboards, and perhaps even tailor light levels to weather conditions.

“What can I help you with?” – Siri takes over the world

Hands-free control will only increase the automation currently present in many production settings, but what starts in the factory will continue on to the lorries and the docks. Imagine arriving at the office with the computer on, your latest project on screen, new emails answered and the latest figures updated on a spreadsheet. So long as Siri’s development is carefully managed, ‘she’ won’t go the way of Jeeves, Clippy and other digital assistants – and might one day be the means to issue total environment interaction at home and work. It’s a tall order but Apple seems confident of filling it. The phrase integrated ecosystem is cropping up everywhere, and making Siri a part of it has near-limitless potential on the drawing board – make that touch screen.

At DCSL Software we use an Agile approach to software development projects. Agile is a methodology that has been proven to help deliver…

Things to Consider When Developing a Mobile App

A mobile app could be very beneficial for your business, but there are certain factors you need to consider before you commit to…

Tech 101: What is Bespoke Software?

Bespoke software is specially developed to the requirements of a user or organisation, which differs from off-the-shelf software that is produced for the…