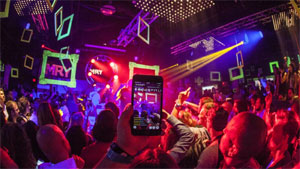 If Twitter and Meerkat currently lack a decent business model for live-streaming video, it isn’t stopping designers, marketers and influential business thinkers from considering the next steps in bringing this software into the office where it can be put to use generating revenue and supporting a brand.[Tweet “Real-time #video apps encourage live participation and individual engagement.”]

Marketers want to know what opportunities new tech presents – in this case for small businesses. How can the hype translate to practical usage? How can businesses ensure that content so easily broadcast is truly worth seeing? Professional use of live-streaming video is about so much more than the over-sharing and self-indulgence inherent in selfies and Snapchat conversations. Below are some ideas for real-time video apps that encourage live participation (through viewing) and individual engagement (through direct address) as if the viewer were taking part in an organisation’s live video in person. It’s amazing what a little consumer empowerment can do.

Consumers and employees will relish the chance to see how an exciting product or service is being developed and sent into the world. From estate agents’ property viewings to cookery demos, viewers will feel more involved and more enthusiastic if they find themselves on the cutting edge.

Building on the excitement of live, ephemeral broadcasting, a business can offer promotional deals for viewers as well as increasing the mystery and relevance of their brand image. Consumers will enjoy being rewarded with special deals for watching, and businesses will strengthen their reputation for excellent customer service with a few well-chosen offers, such as 30 per cent off for viewers watching to the end of a new video.

FAQ sessions for products and services put a human face on solutions to irritating technical problems, which is wonderful PR. When it comes to troubleshooting your own devices with manufacturers, why talk through a problem-solving method when you can just show it? Don’t describe the paper jam, replicate a machine’s error message or try to mimic the screech when you press the Start button. Send a video instead and let the problem speak for itself.

[Tweet “FAQ sessions for products and services put a human face on solutions to irritating problems.”]

6–7) Corporate events and behind-the-scenes footage[Tweet “Creators of #Periscope insist that their #app has more in common with teleportation than #video.”]

With this a live-streaming video app it’s a doddle to share the launch of your latest offering, celebrate the opening of a new office and broadcast the CEO’s speech thanking everyone for their hard work in Q3. The creators of Periscope insist that their app has more in common with teleportation than video sharing, and given the live format of the app, they aren’t entirely wrong.

Showing behind-the-scenes footage or engaging in ‘storytelling’ about a product brings viewers closer to a business. Loyal customers will enjoy learning about the history of their favourite items and curious new viewers will feel they are being let in on the secrets behind a brand’s success. Alternatively, this sort of broadcast can also foster an image of transparency because viewers will feel the company is being open and trustworthy about its modus operandi.

Above all, live videos provide multiple ways of personalising experiences for viewers who can’t personally take part. It’s a clever technique for making a business immediately available and open to sharing itself with the world in a way the goes far beyond the traditional relationship of seller and buyer. A little exposure can go a long way, so don’t be frightened of taking the app for a test drive. You may never look back – and your viewers won’t either.

Virtual or Augmented? How VR and AR shape business

The concept of 3D is nothing new. In art, theatre and cinema we have been exploring ways of creating an immersive experience for…

How Software Improves Your Company Culture

Company culture is a difficult thing to measure, but critical for long-term success. Staff retention, collaboration, productivity, job satisfaction – all the key…

According to a Toggl, there’s a big gap between how clients envisage their software being built and what actually happens. We thought we’d…